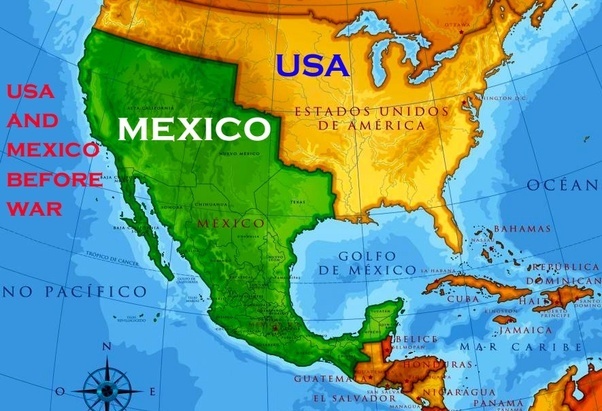 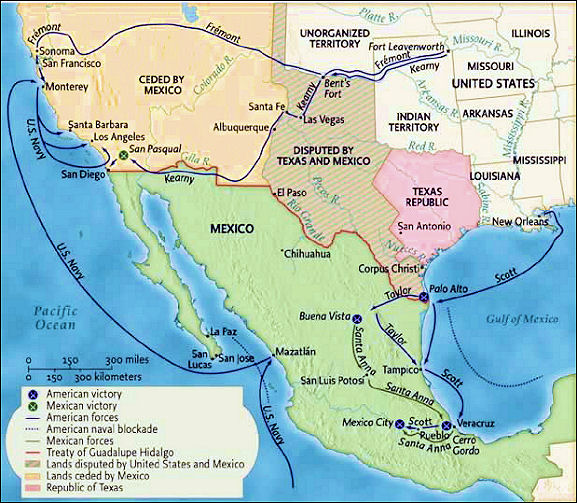 The Mexican–American War was an armed conflict between the United States and Mexico from 1846 to 1848. It followed in the wake of the 1845 U.S. annexation of Texas, which Mexico still considered Mexican territory since the government did not recognize the treaty signed by Mexican General Antonio López de Santa Anna when he was a prisoner of the Texian Army during the 1836 Texas Revolution. The Republic of Texas was defacto an independent country. In the 1844 United States presidential election, Democrat James K. Polk was elected on a platform of expanding U.S. territory in Oregon and Texas. Polk sent U.S. Army troops to the area; he also sent a diplomatic mission to Mexico to try to negotiate sale of territory. Mexican forces attacked U.S. forces, and the United States Congress declared war. When the war ended, Mexico acknowledged the loss of what became the State of Texas and accepted the Rio Grande as its northern border with the United States.
~Wikipedia.org

The Wells County INGenWeb genealogy web site is maintained by Margie Pearce and Jim Cox.
All material on this site @ 2018 - by INGenWeb and may be used for non-profit personal and educational purposes only.