The Indiana flag displays 13 gold stars, surrounding a gold torch, centered on a rectangular field of blue. The torch stands for liberty and enlightenment; its rays represent far reaching influence. The thirteen stars in the outer circle represent the 13 original state; the five in the inner arc stand for Indiana, the 19th state. It was adopted as the state flag by the General Assembly in 1917. 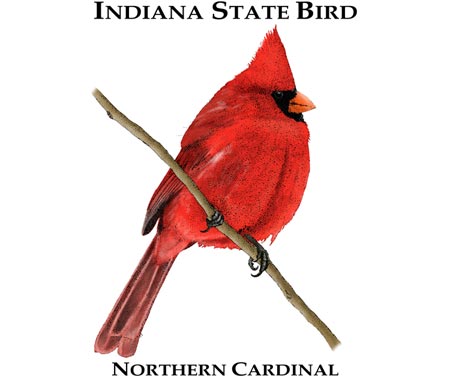 The Northern Cardinal was adopted in 1917. Indiana is one of seven state that have chosen the cardinal as its state bird. Male cardinals are bright red, females are brownish in color, and both have a crest.
They do not migrate and are very fond of sunflower seeds.

The tulip tree was adopted in 1931. It is a tall shady tree that blooms in May or June with its leaves turning a golden yellow in the fall. Its wood is used for many items including furniture, siding, boxes, and paper. 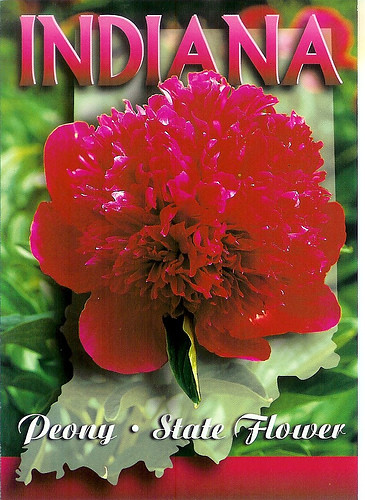 Adopted in 1957, the peony is a garden plant with large pink, white or red flowers. It was Indiana's fourth selection as state flower. 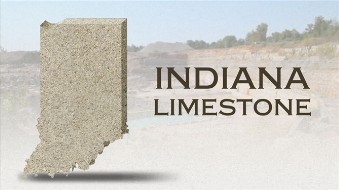 Adopted in 1971, limestone is a sedimentary rock that is made mostly of calcium carbonate. Some of its grains are microscopic pieces of fossil animal shells. Primary deposits of limestone can be found in Indiana's southern central area, in and around Bedford and Bloomington. Indiana limestone is used in many buildings, including the Pentagon. 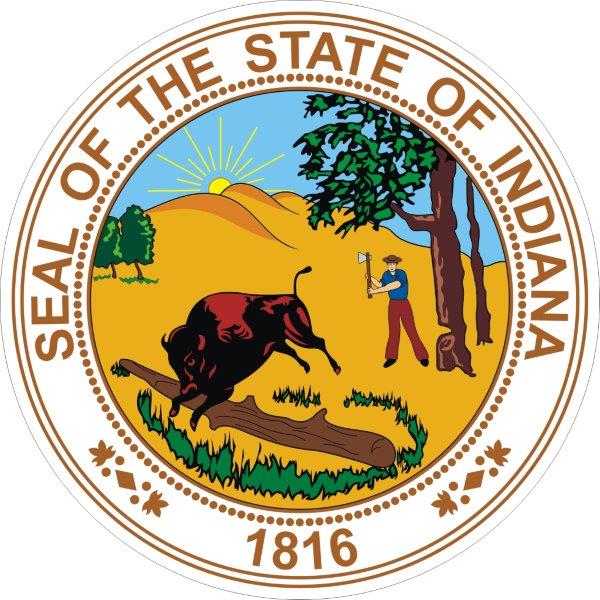 The Indiana State Seal depicts a pioneer scene - a woodsman felling a tree, a bison fleeming from the sound of the axe, and the sun gleaming over a distant hill. This seal has undergone many changes over the years.
Variations of the seal were used throughout the Territorial period. The earliest preserved specimen of its use is on the petition of the Vincennes convention of 1802. It was not until 1963 that an official version of the state seal was adopted.

All material on this site @ 2018 - by INGenWeb and may be used for non-profit personal and educational purposes only.